Deprecated: Function get_magic_quotes_gpc() is deprecated in /home/customer/www/integralprogram.org/public_html/libraries/cegcore2/gcloader.php on line 63 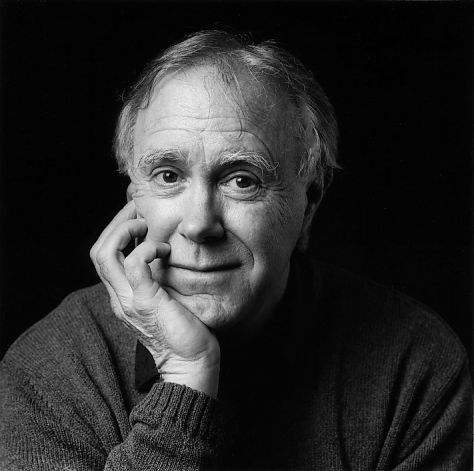 "Attention is prayer." This quote from Simone Weil appears twice in "What Light Can Do: Essays on Art, Imagination and the Natural World," by former U.S. poet laureate and Pulitzer Prize winner Robert Hass. Paying deep attention is clearly Hass' way of honoring the subjects that compel him, from political poetry to photography to California writers to a recently razed grove of live oak trees at UC Berkeley. "If there is a sky for me in this collection," he writes, "it is the act of attention itself, trying to see what's there, what light can do." This is a book of wide-awake, erudite prayer.

As a young poet, Hass learned from Wallace Stevens that "taking history seriously seemed a central task of poetry." Hass has taken this task to heart as an essayist, as well; in writing about Robert Buelteman's photos of the Coast Range, he gives us not only the history of photography, but the 13 million-year geographical history of California.

Hass is frustrated when people don't take the time to open their eyes and learn about the world around them - often to tragic result, as he explores in his stunning essay, "Study War No More: Violence, Literature and Immanuel Kant," centered on the misguided war in Iraq, fueled by our country's "almost complete ignorance of the history, geography and cultures of the Middle East."

Hass also mines biographical history, unearthing childhood details of the writers he profiles throughout the collection, like the bizarre tale of Jack London's father shooting his wife in the forehead while she was pregnant with the novelist (she survived). Hass is less forthcoming with his own life story, and admits that he is only beginning to write, with difficulty, about his painful childhood. It seems somewhat telling that his essay that explores the relatively recent, and very American, appearance of family as subject matter for poetry is titled "Families and Prisons," and digresses into an exploration of poets who have been jailed for their work.

Perhaps it is unfair to long for more memoir within a book of critical essays, but one of the most compelling passages of the book is autobiographical, wherein Hass recalls other children in the Catholic Church of his youth: "All the kids were scrubbed and looked great," he writes; "there was an air of prosperity about them that was equivalent to virtue as they came in. One knew on sight who the good ones were. They were radiant, and my spirituality probably began with hating them." In most of the book, we get Hass' eye - clear, far-reaching, deeply intelligent; here, for a breathtaking moment, we get his unguarded "I."

This is not light reading. Hass asks a lot of his reader in this 500-page collection - in two of the essays, he even suggests tracking down the long poems he discusses, and reading the essays with the poems in hand. When he first started teaching poetry, he writes, "one of my doubts about my ability to do it had to do with the fact that I was never not interested in it, and so I didn't know how to put myself in the place of people who were bored or intimidated by it. My inclination, therefore, was not to go to the students and bring them along from my imagination of some place of trepidation or suspicion, but to assume their interest."

Hass similarly assumes the reader's interest here, and those who are indeed bored or intimidated by poetry or criticism could easily be overwhelmed by the book. Readers new to poetry but eager to dive in would benefit to start with the essay "On Teaching Poetry" rather than reading the collection in order; it offers a rich look into the life Hass finds pulsing within poems, and will inform the reader's experience of his other essays.

His essays on poetry in translation should enlighten even the most die-hard poetry fans; as he mentions in "A Bruised Sky: Two Chinese Poets": "We are going to be hearing a lot about China in the next decade, about its economy, its foreign and environmental policies. It's going to be the work of translation that will give us glimpses - human glimpses - at what's going on."

At times, Hass struggles with the limits and contradictions of language, its inability to fully capture experience or bring an end to human violence or environmental devastation. Still, he concludes "it is better to speak than not to speak," to use our language to bear witness, "to act as if the soul gets to choose."

In the final essay of the collection, Hass writes, "One of the gifts people who teach can give to students is a sense of complexity, because desire tends to simplify what it sees. We are usually left to ourselves, egrets fishing through our smeared reflections. Another thing teachers can give them is the gift of seeing what's there." This book gives similar gifts to the intrepid reader. It dazzles and illuminates like light.

Gayle Brandeis' most recent novel is "The Book of Live Wires." E-mail:  This email address is being protected from spambots. You need JavaScript enabled to view it.